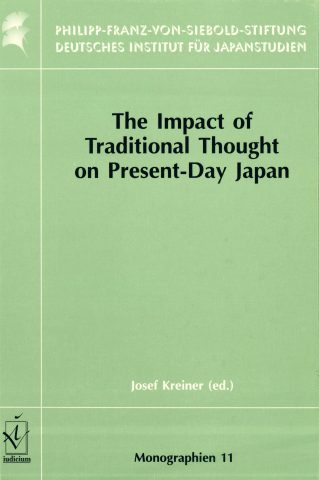 The Impact of Traditional Thought on Present-Day Japan (現代日本と伝統的な思想の影響（英文）)

This volume deals with interdisciplinary research on the cultural and ideological causes for – and reasons behind – economic growth in East and Southeastern Asia, especially in Japan. The contributions discuss the assumption that – similar to European industrialization and modernization where, according to Max Weber, the inner wordly ethos of Protestantism was the decisive factor – there must have been a comparable spiritual basis underlying the successful modernisation of Japan and some other countries in East and Southeastern Asia. Contents: Confucianism, Economic Growthand Social Development • The Confucian Dimension in the East Asian Development Model • Confucianism and Modernization in East Asia: Theoretical Explorations.