Prisons and Forced Labour on Hokkaido 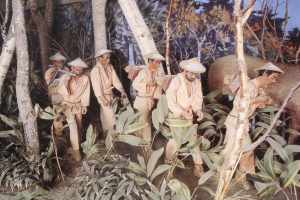 During the Meiji period the Japanese government built five prisons on Hokkaido. The inmates of these prisons largely contributed through agricultural and industrial work to the colonization and development of the northern island.

Drawing on historical sources such as prison year books and accounts of eye witnesses, this talk analyses the relation between prisons and settler society during Hokkaido’s colonization process. The research findings evidence how prison labour changed according to changes in local government.