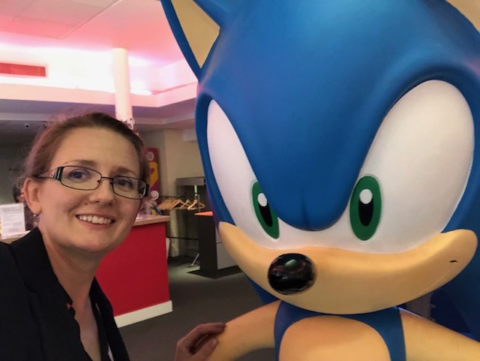 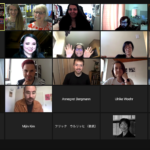 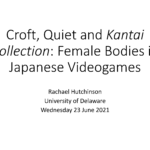 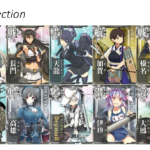 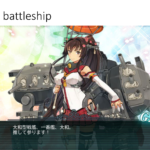 This presentation examined the representation of women in Japanese videogames, situating the depiction of female bodies in terms of political discourse. It first gave an overview of different kinds of depiction in a range of genres, from fighting and fantasy genres to shooters and war games, with examples drawn from Tomb Raider, Soul Calibur and Metal Gear Solid. Then it focused on a case study, the online card-based wargame Kantai Collection (DMM.com, 2013), in which the player serves as Admiral of the Japanese imperial fleet. Sending historical battleships off to a nameless war in the Pacific, the player occupies a masculine subject-positioning where each battleship is anthropomorphized as a beautiful ‘ship girl’ (kanmusume). Attributes of the Japanese warships are directly reflected in the physical characteristics of the women: a large warship with high tonnage is represented by a mature, full-bodied woman, while a smaller ship is represented by a younger, girlish figure. The body of the woman is thus analogous to the body of the ship, with sexuality and fertility made synonymous with a ship’s destructive force.

Beyond computer-based gameplay, Kantai Collection is also a media-mix phenomenon that has taken Japan and Asia by storm. Encompassing anime, manga, game spin-offs, figurines and the usual gamut of related merchandise, Kantai Collection attracts a wide consumer audience. At the same time, Kantai Collection is highly political in its theme, representation of women, and enactment of war memories. This presentation examined the game and related artefacts as part of a popular politicization of WWII by Japanese artists, also seen in the recent spate of blockbuster revisionist films, as well as Nazi imagery and narratives in anime and manga. Drawing on Ueno Chizuko’s work on nationalism and gender, it concluded that the female body in Kantai Collection, and by extension other similar videogames, may be read in terms of the kokutai, the ‘body politic’ of the wartime Japanese state. Overall, the presenter argued that the hyper-sexualization of women in Kantai Collection contributes to the exoticization of war as distant and unreal, in a continued context of controversial war memories in Japan vis-à-vis the Asian mainland.

The talk was followed by a lively discussion with an audience of more than 50 participants from all over the world, including leading experts in popular culture, students, and game aficionados.

Rachael Hutchinson is Professor of Japanese Studies at the University of Delaware, where she teaches Japanese language, literature, film and videogames. She has published widely on representation and identity in Japanese narrative texts, from the novels of Nagai Kafu to the manga of Tezuka Osamu, the films of Kurosawa Akira to the videogames of Kojima Hideo. Her latest book, Japanese Culture through Videogames (Routledge 2019) was featured on the podcasts ‘Meiji at 150’ and ‘Japan Station.’ She is currently co-editing a book on the Japanese role-playing game genre with Jérémie Pelletier-Gagnon, forthcoming from Lexington Books.