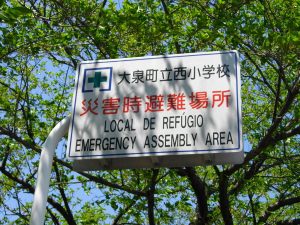 
The Role of Mediating Institutions for Brazilian Return Migrants in Japan

In this presentation I discuss the role of mediating institutions for the integration of the diaspora of Brazilian return migrants in Japan. In the 1980s, the economic downturn and hyperinflation in Brazil motivated many descendants of Japanese migrants (Nikkeijin) living in Brazil to ‘return’ to Japan, where an aging population and a booming economy had led to a labor shortage. Another incentive was the revision of the Japanese Immigration Law in 1990 that allowed Nikkeijin up to the third generation to obtain special permanent residency visa. Approximately 220.000 Latin American returnees arrived in the 1990s, and more than 180.000 Brazilians live in Japan today, constituting the fifth largest group of foreigners. As many have decided to stay in Japan for the time being, integration and multiculturalism have become important societal challenges, especially on the local level.

Based on qualitative field research, I analyze how mediating institutions affect the process of integration into the host society and the relations to Japanese residents. Mediating institutions are institutional settings that shape, structure and constrain the relationship between new immigrants and established residents (cf. Lamphere 1992). I focus on cultural centers, international associations, libraries, churches, and NPOs in cities with a high population of Brazilian Nikkeijin and Brazilians, namely Hamamatsu (Shizuoka), Toyota (Aichi), and Ōizumi (Gunma). As providers of knowledge, education and information, these institutions might serve as promoters of multiculturalism, mutual understanding and integration, but they might also facilitate the formation of a parallel society and exacerbate existing divisions.