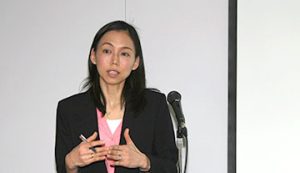 The primary pathways through which environmentally persistent radioactive substances enter people’s bodies is food. After 3.11 Japanese authorities and scientists were unable to provide clear guidelines on possible effects of internal radiation. They took weeks to set up a monitoring system. In response to this, many citizens took matters into their own hands to monitor food and measure the level of contamination. This talk analyzes citizen radiation measuring stations and their role in filling the critical knowledge gaps on food safety issues after the nuclear accident.

Theoretically, this paper analyzes the citizen radiation measuring stations as an instance of citizen science, and explores its relation to science governance and democracy. It asks who the “citizens” were in citizen science in post 3.11 Japan. The question of representation in scientific matters is central here. Who was deemed the right kind of person to talk about the issue of food contamination? The notion of “citizen” emerged as a counterpart to experts, but who could actually fulfill the idealized role of a citizen was heavily contested. In this limited space, women found the symbolic power of “mother” as an ideal-type citizen. The talk also explores the complicated terrain of the maternal representation in the history of anti-nuclear movements in Japan.

Aya H. Kimura is Professor of Women’s Studies at University of Hawai’i at Manoa. She is currently a visiting researcher at Doshisha University. She specializes in feminist STS and agrofood studies. She is the author of Hidden Hunger: Gender and Politics of Smarter Food (Cornell University Press, 2013) and several articles on Japanese food politics.