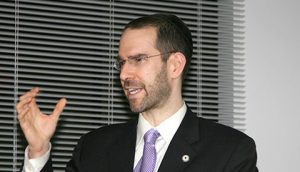 The lecture will be given in English. It will take place on Thursday, January 17th 2013 at 6.30 p.m. at the DIJ.
Admission is free but please register by email with: forum@dijtokyo.org

This lecture puts the Great East Japan Earthquake into perspective by analysing it in the context of other major disasters. Using micro- and neighborhood-level data from four disasters in three nations over the 20th and 21st centuries, this talk will investigate standard theories of recovery and resilience. Bivariate, time series cross sectional, and matching analyses show that more than factors such as individual or personal wealth, aid from the government, or damage from the disaster, the depth of social capital best predicts recovery. Social capital works through three main mechanisms: elevating voice and suppressing exit, overcoming collective action barriers, and providing informal insurance. Should social networks prove the critical engines before, during, and after disaster, this suggests a new approach to disaster mitigation for NGOs, individuals, and governments.

Daniel P. Aldrich is an Associate Professor of Political Science at Purdue University on leave for the academic year 2012  ̶  2013 as a Fulbright research professor at Tokyo University. He received his Ph.D. and M.A. in political science from Harvard University, an M.A. from the University of California at Berkeley, and his B.A. from the University of North Carolina at Chapel Hill. He has published two books (Site fights and Building Resilience) and more than 80 peer reviewed articles, book chapters, reviews, and OpEds in locations such as the New York Times, CNN, and the Asahi Shinbun.