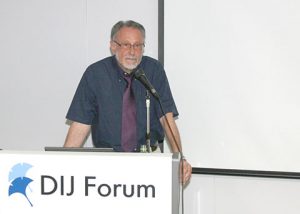 What's Wrong With Japan? ...It's the Politics!

Japan today faces many enormous challenges. These include a huge public debt larger than that of Greece, Italy, or the U.S.; the clean up of the triple disasters in March 2011; and with opposition to nuclear power mounting, an increasing energy crisis. Yet Japan is not the EU or the U.S. but has many other advantages that the EU and U.S. do not. Japan, however, has one major problem in which it does not have an advantage: its political leadership. Despite high expectations after Japan’s electoral and administrative reforms of the 1990s and after Prime Minister Koizumi seemed to fulfill these hopes, Japan’s political leaders have all disappointed. Why?

Japan’s politics has been the problem and not the solution. Japan has had one of the worst records for stable and effective political leadership in the democratic world. What has happened to Japan, once admired for its effective governance? Why, despite a formal cabinet government and parliamentary structure similar to the U.K.’s in many ways is Japan still often an “Un-Westminster” system? This presentation will look at the structural and political reasons for Japan’s increasingly frequent and ineffective political leaders seemingly incapable of solving Japan’s problems, including both formal institutions and “informal institutions:” short-lived prime ministers; fragmented and non-cooperative political parties; unfair and complicated electoral systems; and frequent elections and a dysfunctional bicameral parliament.; when fickle, floating voters are added to this institutional mix, the result is the ineffective political leadership Japan has had since Koizumi. Prime Minister Abe today is the first prime minister since Koizumi who may have the capability to surmount these problems. Will he? And will what he brings about be what Japan needs?

Ellis S. Krauss is a Professor at the School of International Relations and Pacific Studies, University of California San Diego. His most recent book is coauthored with Robert Pekkanen (U. of Washington) about the development of Japan’s long-time ruling party, The Rise and Fall of Japan’s LDP: Political Party Organizations as Institutions (Cornell University Press 2010). He has published numerous articles in professional political science and Asian Studies journals, and has been a Visiting Professor at many Japanese and European Universities, currently at Meiji Gakuin University. For details please refer to http://irps.ucsd.edu/faculty/faculty-directory/ellis-krauss.htm