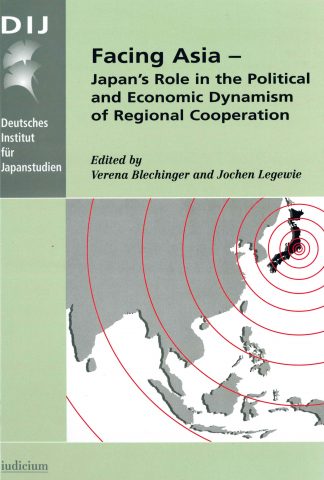 Facing Asia examines the political and economic processes of regionalism and regionalization in Asia with a focus on Japan and Japanese actors. The articles by eminent scholars address the forces that tie the region together. They treat topics ranging from Japanese bilateral and multilateral ODA and the activities of state and non-state actors on the regional level to issues such as Japanese multinational corporations, foreign direct investment in Asia, and regional financial institutions. Methodologically, the authors draw on disciplinary strengths in either the social sciences or economics while organizing their treatment around a shared political-economic perspective. By looking at Asia through an interdisciplinary lens, the volume offers something to anyone interested in Japanese involvement in the politics and economics of the region. In the final chapter, the editors weave together the different approaches to Japan’s place in Asian regional cooperation in the 1990s and beyond.


Kimura, Michio
Asian Expectations toward Japan's Role in the Consensual Process of Regional Integration: The Case of the East Asian Economic Caucus
pp. 21-56


Hook, Glenn D.
The Japanese Role in the Emerging Asia-Pacific Order: A Role for State and Non-State Actors?
pp. 87-112


ヴェルマー・パシャ
Financial Cooperation and Integration in Pacific Asia: The Role of Multilateral and Regional Organizations
pp. 263-284