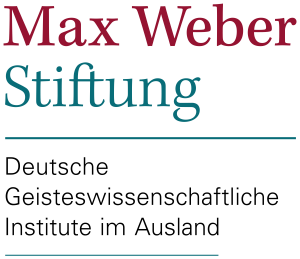 The revolutions of the present have transformed a paradigm into a current reality that appeared to have become obsolete with the collapse of communism. A renewed confrontation with the evidently reoccurring phenomenon suggests the need to orient analysis more broadly, not only in space and time, than previous research was desirous to achieve. While on the one hand, the “Red October”, one of the most powerful foundation myths of the 20th century, in the course of but a few short years was exposed and demystified, the “color revolutions” in the post-socialist states, on the other, awakened memories of those transformative beginnings that characterize the preliminary space(s) of time prior to historical upheavals. Open is the question as to whether it was mere aftershocks of the Soviet era that stamped the final seal on the “end of an illusion” (François Furet). Open likewise is the question whether the “Arab spring(s)” are still following some historical pattern. They can just as much be perceived as a hybrid form of decolonization after the Cold War and thus as a new revolutionary era, as failed states provide the initial point of departure for a new mapping of the world. In any case, reaching out into virtual spaces confirms that the media today, as already back in the 19th century, play a central role both in disseminating radical ideas and in spreading the fear of revolution.

The aim of the conference sponsored by the Max Weber Foundation is to interrogate revolutionary biographies in a new way against this backdrop. The prime focus will explore the identity of the actors as they perceive it and their self-staging in the media – and thus the modern “revolution” analyzed through the prism of individual and group-specific life stories. For that reason, the Revolution year of 1917 does not form the point of departure, even if its centennial provided the temporal stimulus for this conference. Rather, the intent is to fashion a temporal arc from the revolutionary processes of the early 19th century, extending on to the hybrid revolutions of the late 20th century. Placed in a broad, large-scale historical and geographical frame of reference, a comparison of revolutionary biographies will serve to help us discern similar or variable patterns of thought, behavior and identification over the longer term – patterns which are manifested in national and social, anti-imperial and decolonial, global and regional movements.

For a long period, revolutionary actors have been the focus of a specific genre of official or popular tales of heroes. These had different legitimizing political and social functions. As a rule, they were characterized by a minimalist empirical data base, and created, through concomitant transfiguring features, the foundations of modern personality cults. Revolutionary states and regimes made use of this as well as sympathizers of failed rebellions or imitators of historical paradigms. Inter-textual borrowing from other literary genres such as saints‘ legends or Romantic artists‘ lives are obvious. Set roles were ascribed to prominent actors, as “progenitors” or “grandmothers” of a “movement”, as “trailblazers” of a revolution that succeeded only later on, as founders of states or as loyal preservers of a revolutionary legacy. Alongside such galleries of ancestors of progressive success on the march, there was a canon that was mainly negative in connotation. Representing it were anti-heroes or “heretics”, i.e. competitors and rivals of the “victors.” Such anti-heroes or competitors had, depending on perspective, “falsely” interpreted the dogmatic system of rules in the sense of the rulers – or in line with the thinking of their remaining stalwart followers, had only been defeated in a power struggle and had been unjustly vilified. This literature of transfiguration and its corresponding counter-images have long shaped the classic international biographical research on the topic. Often prominent actors were at the forefront, individuals tending more to be exceptional characters who reflected and indeed stood for special circumstances. By contrast, typological studies remained comparatively uncommon in the research literature.

In contrast with this, the genre of biography in recent times has developed and tested innovative methods, which are largely the product of the analysis of biographical or autobiographical texts or of the sociopolitical circumstances in which the text was written. It would appear fruitful to make use of the knowledge about such practices and insights regarding the genesis of modern personality cults in order to survey anew the territory of what is revolutionary, its semantics and activism, its ideational attractions and the associated uninhibited orientation to violence, viewed in a broad geographical and historical context. Moreover, such inquiry should be done comparatively, inter-regionally, arching temporally over eras and in a multidisciplinary manner. Biography as a method and a form of descriptive presentation in modern historiography can encompass historical longitudinal studies as well as individual-local micro-studies, sociological structural analyses of small groups and milieus of origin of their male and female, young and adult members, and the exegesis, grounded on literary analysis method and theory, of normative texts or self-narratives, external ascriptions and self-interpretations. This can also lead to a situation where abstract determinations and conclusions regarding “epochal ruptures” or “continuities” must be questioned.

It will be indispensable to include in such a revision the now available personal private papers, long kept secret, as well as the large corpora of state papers and documents. Autobiographies and other ego documents, memoirs, letters and diaries deserve, if not to be gathered together and evaluated for the first time ever, then at least to be liberated from a practice of reading that is in the main highly selective. Not only should what is old and familiar be looked at from fresh new angles; rather much also ought to be discovered for the first time, and what has been overlooked should now be integrated. Thus, the planned conference will endeavor in an international comparative content to investigate

This catalogue of possible topics is provisional. The organizers wish to encourage younger researchers in particular to submit proposals for single lectures and sections dealing with a specific topic.

Please, submit your abstracts (300 words) and academic curriculum vitae before November 30, 2016 at the following address