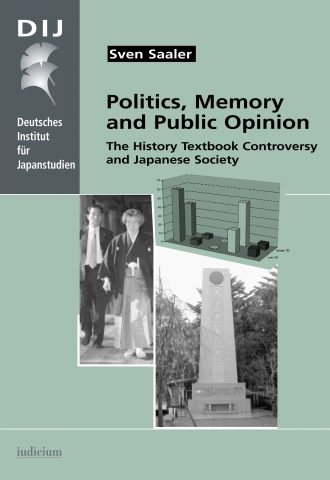 Kingston, Jeff
Accepting apologies is not so easy The Japan Times
search.japantimes.co.jp/print/fb20060402a1.html

This volume explores the political and social backgrounds of the ongoing history textbook controversy in Japan. In chapter 1, the resurgence since the 1990s of the conservative interpretation of history known as historical revisionism is identified as the major reason for the renewed debate. Chapter 2 demonstrates that, as a consequence of a strong connection between revisionism and politics, perspectives on Japan’s recent history underlying the “culture of memory” as it is manifested in the public sphere—in memorials, museums and ceremonies—are increasingly similar to those advocated by historical revisionism. This is particularly true regarding the interpretation of the Asia-Pacific War (1931-1945), which here is often depicted as a defensive war or as a war waged for the “liberation” of Asia.
But however forcefully expressed, these views fall short of reflecting a consensus on history in Japanese society at large. In chapter 3, a number of opinion surveys inquiring into the “historical consciousness” of the Japanese are analyzed. The results of these surveys indicate that revisionist views face an uphill battle in Japanese society and rather have to be considered a minority position at present. The explosive character of the history textbook controversy above all reflects the discrepancy between the historical views of the political class and those presented in the public sphere, on the one hand, and those predominant in the wider society on the other. The anticipated next round of the history textbook debate, in the 60th anniversary year of the end of the war, will not be adequately understood without some knowledge of the backgrounds to the debate and the issues related to it.


• 2.1 The Yasukuni Problem
• 2.2 The Historical Narrative of the Yūshūkan
• 2.3 Historical Interpretations Underlying Other Memorials
• 2.3.1 Chidorigafuchi
• 2.3.2 Shōwakan and Heiwa Kinen Tenji Shiryōkan
• 2.3.3 Daitōa Seisen Taihi
• 2.4 The Debate over a New National Memorial to Commemorate
the War Dead
• 2.5 Commemoration, the Nation, History and Memory
• 3.
History and Public Opinion
• 3.1 Historical Consciousness
• 3.2 Changes in Views of History within Japanese Society
• 3.3 The Quest for an Historical Consensus in Movies, Novels
and Museums
• 3.3.1 Academic History and the Mass Media
• 3.3.2 Historical Novels
• 3.3.3 Memoirs and Autobiography
• 3.3.4 Museums
• Conclusions and Outlook
• References
• Appendix