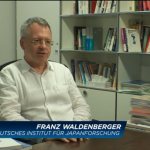 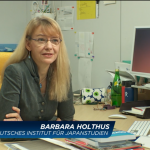 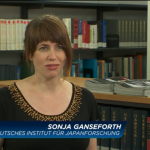 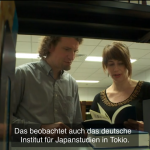 Franz Waldenberger, Barbara Holthus, and Sonja Ganseforth appeared in an Austrian TV report on the 2020 Tokyo Olympics. They provided expert commentary on Japan’s Olympic legacy desires, anti-Olympic protests, and the Olympic agenda on diversity. The report was broadcast by the Austrian public TV station ORF during their flagship sports program “Sunday Sports” (in German) on June 16th.

The DIJ currently prepares a book covering a wide range of topics related to the Tokyo Olympics. Its tentative title is “Japan through the lens of the Tokyo Olympics” and it is due to be published in January 2020.