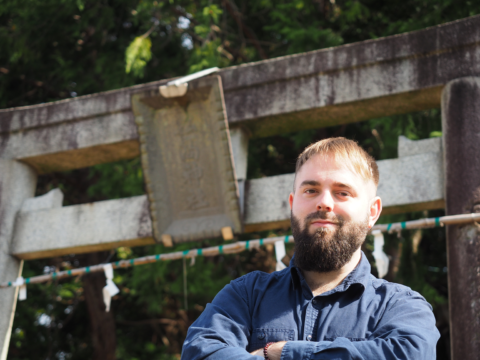 
‘Emerging from the mist’: Dissemination and Transition of Contemporary Shugendō 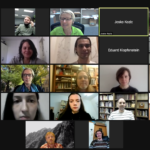 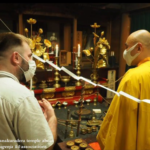 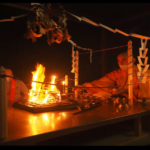 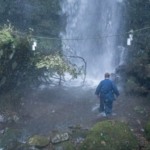 Among many phenomena and practices in Japan such as Zen, mindfulness, or forest bathing, which promise both physical and mental well-being for their practitioners, there is also an increasing interest in Shugendō, a syncretic religion based on mountain worship and ascetic exercises. Various practicing groups across the country are expanding beyond their sanctuaries and gather in social networks, even creating new structures and international groups and practicing outside of Japan. Shugendō has not only aroused public interest in the media in recent years, it has become a subject of increased academic discourse and research. Interestingly, Shugendō now seems to be anchored in several social spheres, such as in the form of sensational workshops embedded in tourist campaigns. The scope of Shugendō’s discourse and practice has expanded to a larger public, thereby attaching Shugendō to the popular belief in so-called “power spots”.

Behind this growing popularity, there might be indications of a growing interest in a “world invisible to the eyes” (Roth, 2019), in which worldly conflicts and individual concerns can be allegedly solved in a way detached from rationalism. In addition to a public interest in “Japanese spirituality”, Shugendō also functions as an instrument in national identity debates. In Japanese discourses it is sometimes referred to as a “primordial, original religion” of Japan, which supposedly has the potential to make the world more peaceful and safe, especially during times of crisis. To what extent, however, is Shugendō detached from its original values, rematerialized and staged in the course of its popularization? Would such circumstances indicate a possible decline in values, or does Shugendō, according to the claims of some scholars, represent an “embodiment of Japanese culture” that is worth spreading?

This lecture provided a rare chance to learn more about recent trends in contemporary Shugendō. While the topic is mostly explored historically, Kozic framed it in the context of eco-spirituality and the socio-political relevance of Shugendō. This session of the DIJ History & Humanities Study Group was attended by nearly 30 participants from Japan, Germany, the UK, Israel, Austria, and the US, including scholars of religious studies and Shugendō practitioners.

Josko Kozic is a Ph.D. student in Religious Studies at Heidelberg University, Germany. He moved to Japan five years ago after graduating in Japanese & Southeast Asian Studies from Goethe University in his hometown Frankfurt. He currently resides in Yokohama while working on his PhD thesis about contemporary Shugendō. For his field research, he frequently visits the Sanin and Kansai regions. His research interests are aspects of material religion of Hinduism and Buddhism, rural revitalization, and linguistics of Central, South and Southeast Asia. Currently, he is active in several research groups, publishing translations, articles, and media commentaries.