This event was organized by the Japanese-German Center Berlin (JDZB) and the VSJF, in cooperation with the DIJ and supported by the Fritz Thyssen Stiftung and the Universität Zürich.

Registration is no longer possible

Videos of the event are now available on our DIJ YouTube channel (Playlist DIJ Cooperations). For more information see also the VSJF webpage.

On the occasion of the 10th anniversary of the Great Eastern Japan Earthquake and the subsequent catastrophe at the Fukushima Daiichi Nuclear Power Plant in 2011, the VSJF Annual Conference 2021 focused on the long-term effects of the triple disaster on Japanese politics and society. The one-day online conference offered three panels, which are devoted to change and continuity in energy policy (1), life in the Tōhoku areas hit hardest by the triple disaster (2), and interactions between civil society and the state (3). 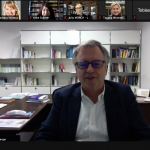 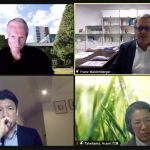 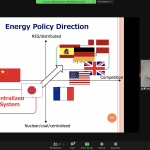 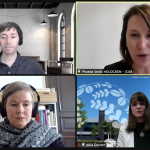 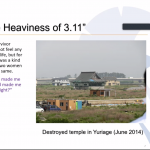 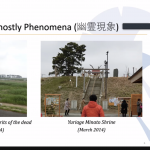 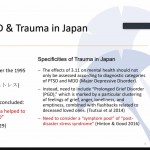 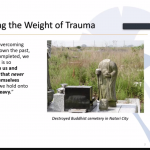 How has Japans energy policy changed since nuclear power became associated with images of deserted regions, exploding nuclear reactors, and leaking radiation? Since 2011, the share of nuclear power in Japan’s electricity mix has decreased sharply and the share of renewable energy has almost doubled. Nonetheless, this raises questions about Japan’s long-term energy policy: Will Japan return to the previous heavy reliance on nuclear power or will it phase out nuclear power and, instead, switch to renewable energy? Recently, the government’s regular energy policy deliberations aiming to produce the next Strategic Energy Plan by 2022 have recommenced. What can we infer from these deliberations? How much progress has Japan made with the energy infrastructure adjustments necessary for a transition to renewable energy? Panel (1) ‘Change and Continuity in Energy Policy’, a policy field affected more than any other by the triple disaster, focused on these questions.

The Tōhoku region was directly affected by the earthquake, tsunami, and the nuclear accident with more than 10,000 direct victims and well over 100,000 internally displaced persons. The Japanese government mobilized extraordinary amounts of resources for rebuilding the region and established a reconstruction agency for that purpose. How are the people living in the region dealing with the aftermath of the triple disaster? What strategies have they developed in order to deal with the destruction left behind by the tsunami and the dangers posed by radioactivity? Can we observe changes in the social fabric of the region? Panel (2) ‘Tōhoku – Life between Nuclear Radiation and Reconstruction’ turned to the societal and political responses to 3.11 in the region hit hardest by the triple disaster.

The nuclear accident at the Fukushima Daiichi Nuclear Power Plant galvanized social movements and civil society activities. Manifestations lasted well into the subsequent years. At the height of anti-nuclear demonstrations in the summer of 2012, over 200,000 people participated in public demonstrations in front the parliament building in Tokyo. Given that these were the largest demonstrations since the 1960s, do they reflect long-term changes in Japan’s civil society? Did Japan’s civil society undergo structural changes that point to an increasing political influence? Who are the civil society actors fighting for or against a return to nuclear power in Japan – and how much political influence do they have? Panel (3) ‘Civil Society and the State after 3.11’ discussed changes in the socio-political landscape in which Japan’s nuclear energy policy is situated.