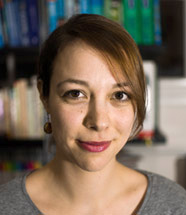 My PhD thesis will analyse Japanese and South Korean short fiction written between 1945 and the late 1960s that deals with the history and effects of Japanese imperialism in Korea. It will take up texts written both by authors whose national affiliation to either Japan or South Korea appears obvious as well as by writers with a more ambiguous sense of national identity, namely, members of the Korean minority permanently resident in Japan (the so-called zainichi Kankokujin).

Guiding questions are: How is the memory of the colonial period narrated in both countries? What inferences are drawn from this experience concerning a collective Self and Other? How are imperialism and its aftermath constructed as a national trauma, and which meaning is assigned to the events in regard to a collective identity? Through my thesis, I seek to answer those questions in order to explore how the construction of memory created a discourse that shapes Japanese-Korean relations to the present day.

On a broader scale, my thesis finds itself in the tradition of an East Asian comparative literature and furthermore attempts to locate the specific Japanese-Korean case within the overall frame of postcolonial studies.