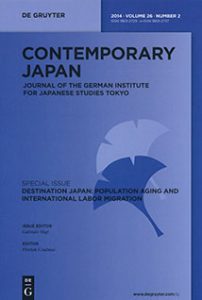 
Achenbach, Ruth
“Having it all” – at what cost? Strategies of Chinese highly skilled women in Japan to combine career and family
Hide abstract