Local Anti-Nuclear Movements in Japan. The Diverging Cases of Maki and Rokkasho 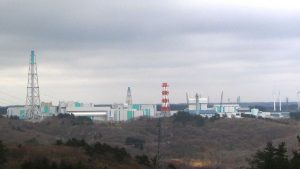 In Japan, local mayors and city councils decide on whether a nuclear facility shall be constructed in their community or not. Therefore, policy analysis on the nation state level alone cannot explain why some nuclear facilities were built, while the construction was stopped (or prevented) elsewhere. This research project analyzes and compares the cases of two local communities: the town of Maki, now a part of Niigata city, where the construction of a nuclear power plant was prevented by a citizen referendum; and Rokkasho, a small town in Aomori prefecture, which hosts one of the largest nuclear centers comprised of several nuclear facilities.

In the analysis, resource mobilization theory, the framing approach and the theory of political opportunity structure are combined in the triangular model of social movement analysis (Hasegawa Koichi 2011). Expert interviews, mostly with former activists in Maki and Aomori, complement the data gathered by literature analysis.