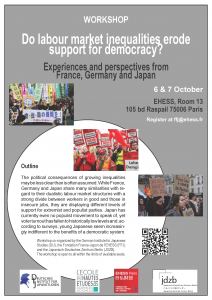 14:30 Uhr
Panel 2: Labour market inequalities and falling support for democracy: How strong is the link? Which factors explain inter-country differences?