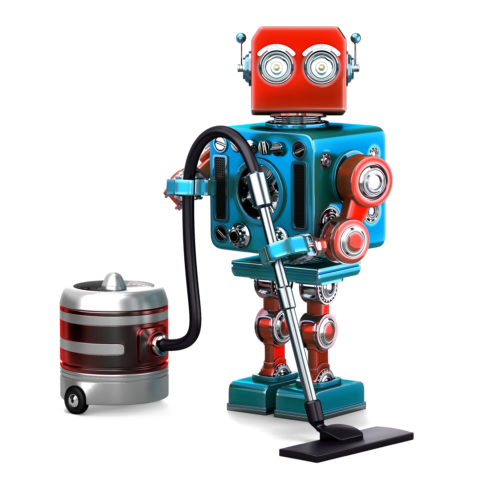 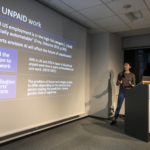 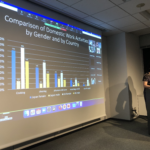 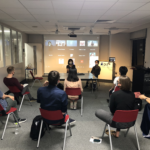 The future of work has emerged as a prominent topic for research and policy debate. This presentation expanded the future of work debate from paid to unpaid domestic work. On the supply side, the speakers conducted a forecasting exercise (Delphi survey) in which 65 AI experts from the UK and Japan estimated how automatable are 17 housework and care work tasks, paying attention to how experts’ backgrounds may shape their estimates. On average experts predicted that 39 percent of the time spent on a domestic task will be automatable within ten years. Japanese male experts were notably pessimistic about the potentials of domestic automation, pointing to gender disparities in the Japanese household. The contributions of this research are to provide the first quantitative estimates concerning the future of unpaid work and to demonstrate how such predictions are socially contingent, with implications to forecasting methodology. On the demand side, consumers in Japan and UK were asked about their willingness to use smart technologies. The speakers presented results of their investigation into how the willingness to use smart technologies varies across gender, household income, time pressure, type of domestic work, and its price. This presentation was part of the project The Future of Unpaid Work: AI’s potential to transform unpaid domestic work in the UK and Japan, led by Nobuko Nagase (Ochanomizu University) and Ekaterina Hertog (Oxford University).

This event attracted an audience of approximately ten participants on-site at the DIJ and 25 online participants. The speakers’ presentation was followed by a lively discussion centring around different definitions of automation, perceptions of automation and AI for personal life, pros and cons of automation, expected changes in time use patterns, cultural differences in house work and the need for automation as well as the influence of the role and positionality of experts on predictions.

Lulu Shi, sociologist, researches technology, education, and work. She works on the project DomesticAI as a postdoctoral fellow. Lulu also leads a project investigating how educational technology (EdTech) transforms education, specifically the role of EdTech firms in shaping education by considering the socio-political contexts they are embedded in.

Nobuko Nagase, professor of Labor Economics and Social Policy at Ochanomizu University, Tokyo, has written about work and family in the Asian perspective, comparing Japan with other East Asian and Western economies. Interests include wage structure and work choice, labor market regulations and social security, institutional effects on work and gender, marital behavior and child-birth timing.