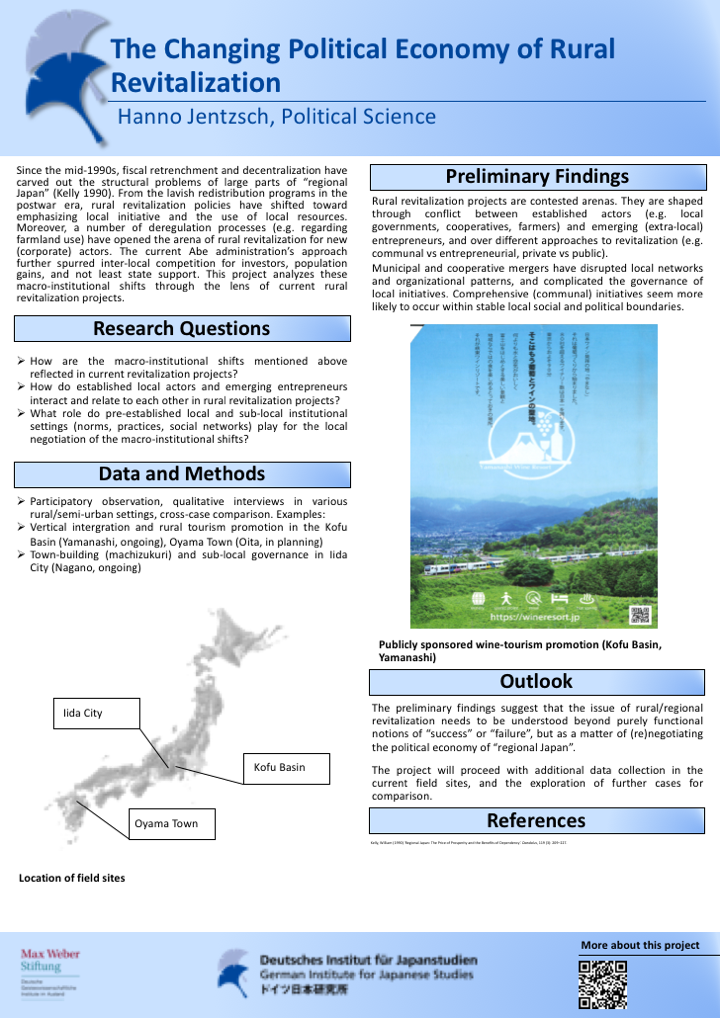 This project investigates the current efforts to revitalize Japan’s rural and semi-urban peripheries in the context of broader institutional shifts in the Japanese political economy. The notion of “rural revitalization” has been in flux. For much of the postwar era, it has been connected to generous spending programs directed at the structurally weak, but electorally overrepresented rural and semi-urban areas – including public works projects, fiscal transfers, and extensive agricultural support and protection. However, the “benefits of dependency” (Kelly) have turned into liabilities for Japan’s peripheries. As fiscal retrenchment and decentralization carved out the structural problems of regional Japan since the late 1990s, rural revitalization programs began to emphasize local initiative and the use of local resources – thus arguably shifting the responsibilities for coping with ongoing socio-economic decline to the already struggling localities. The current Abe administration’s approach to rural revitalization combines the (conditional) allocation of generous state support with the element of inter-local competition and gradual deregulation, e.g. regarding the opening of the farm sector for corporations.

Based on qualitative case studies (interviews, participatory observation), the research project analyzes the macro-institutional shifts through the lens of current rural revitalization initiatives. A particular focus lies on the role of local social network ties and norms as resources for local actors to accommodate and eventually reinterpret macro-level institutional change. A key question is how local (informal) institutions shape the relation between established local “gatekeepers” for state support (such as local governments, local cooperatives) and emerging entrepreneurs from inside or outside the respective localities. 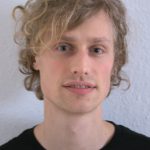