/ Research / The Transformation of Values in Post-War Japan

The Transformation of Values in Post-War Japan

The first medium-term research project of the DIJ was dedicated to the question of whether and, if so, to what extent a change in the officially proclaimed and socially binding mind-set of individuals towards more individuality and equality can be observed in Japan since the end of World War II. Furthermore, it was asked how such a change manifested itself in the most important spheres of the individual: the family and working environments. These questions were prompted by the oft-repeated claim that economic development in Japan - as opposed to Western industrialized countries - is linked to the conservation of traditional thought processes and social structures.

Central to the project - besides numerous analyses of secondary material - was a survey conducted by a Japanese opinion research centre in May 1991 on behalf of the DIJ. The questions in the survey had been formulated particularly with regard to the problems under investigation and, for the data interpretation, H. Klages's concept of Wertewandel (transformation of values) served as the start-point. The analysis amounted to identifying groups which differed markedly in their value-judgements and, consequently, in their attitude towards self-development and hierarchy.

The investigations led to the conclusion that a growing importance of individualism and equality in Japanese society could be recognized during the post-war period. However, it was also noted that the development of this mind-set in Japan does not boil down to a simple replacement of collective values by individualistic ones. Rather there is a pluralization of value patterns that allows traditional values like collectivity and hierarchy to coexist with modern values of self-development and equality. 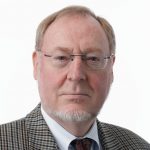