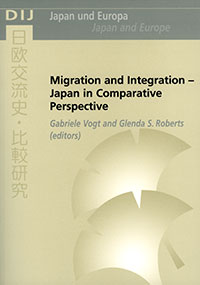 Many nations today face the challenge of integrating immigrant populations into the national body. On one level, the work of integration requires a great deal of creative policy-making and policy adjustment, while at another level it requires citizens to re-think who belongs. In an age of declining population in the developed world, societal fears of foreign infiltration compete with economic demands for open markets and open borders. While politicians and policymakers grapple with these global realities at the meta level, citizens’ groups often act at the community level providing needed on-the-ground support. Meanwhile, immigrants themselves conceive of strategies to manage their livelihoods, often in transnational spaces.

This book introduces the frameworks and challenges of migration policy in Japan, Germany, France and Canada. It shares insights into ongoing processes of renegotiating the current structures on multiple levels of the policy-making process. Scholarly works are featured in this volume, as are voices from practitioners.

Section III: Windows on the Grassroots

Migration and Integration in Japan