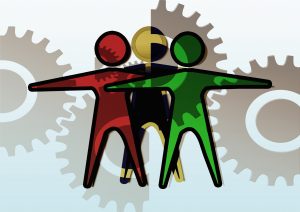 
Culture at work. On the interplay of cultural change and job satisfaction in a Japanese multinational company

Job satisfaction in Japan has become a widely-debated issue, especially since research findings indicated that it ranks among the lowest in the world (e.g. Hipp and Givan Kolins 2015). Moreover, surveys suggest that compared to other aspects of life, such as family or education, Japanese are least satisfied with their working lives (Holthus et al. 2015).

The presentation will focus on preliminary findings from qualitative empirical research in a Japanese manufacturing company that was bought out by a foreign competitor over a decade ago. Based on a praxeological approach based on Pierre Bourdieu, it draws from field notes and interviews with employees and managers, which were generated during participant observation in the personnel department of the company.

Matthias Huber is a sociologist and doctoral assistant at the East Asian Studies Department of Vienna University, specializing in cultural sociology. He is also a contributor to the department’s research projects “Parental well-being in Japan” and “Aso 2.0”. At present, he is conducting field research in Japan on a scholarship by the German Institute for Japanese Studies.