Online (Zoom Meeting):
Log in data will be provided after registration.

For technical instructions on joining a Zoom meeting see here and FAQ.

The DIJ History and Humanities Study Group is a forum open to scholars working on Japan in any field of the humanities. It is organized by Barbara Geilhorn. All are welcome to attend. Prior registration via Barbara Geilhorn (geilhorn@dijtokyo.org) is required. 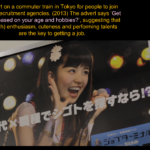 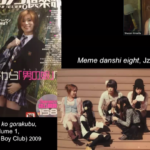 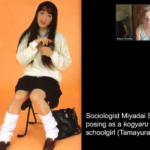 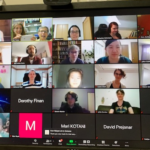 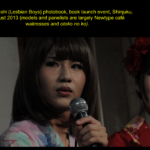 Around 2010, cute male characters, drawn visually identical to bishōjo (beautiful girl) characters, moved beyond erotic computer games (erogē) and into cosplay and cute cross-dress fashion subculture, on campuses and online. By the middle of the 2010s, M2F cute and girlish boys were also a tangible theme in advertising and major media production. The well-trained bodies and willing faces of young girls lining screens and interfaces in the city, became infiltrated by male talents and pop idols in cute cross-dress. This paper explored the pick-up and adaptation of cute as a male visual aesthetic in subcultural practices and fashion and considered its complex play with transformation and masculine identity.

With a focus on the development of the embodiment of cute girls by young men (josō, male daughters) since the 2000s, Sharon Kinsella’s presentation placed the phenomenon in the context of otaku and kawaii culture as well as gender relations and precarity issues in Japanese society. More than 80 participants from around the globe participated in this event. The lively discussion during the Q&A session focused on situating josō in the context of transgender and LGBT.

Sharon KINSELLA is a leading theorist of gendered subcultures and cultural production in Japan, who has published and lectured widely on the politics, history and social relations of kawaii, otakuism, seinen manga zasshi, shūkanshi, gyaru, and enjo kōsai. Sharon’s work is widely known for its close attention to empirical detail, visual quality and close attention to the symbolic meaning of mass media and visual cultural trends.