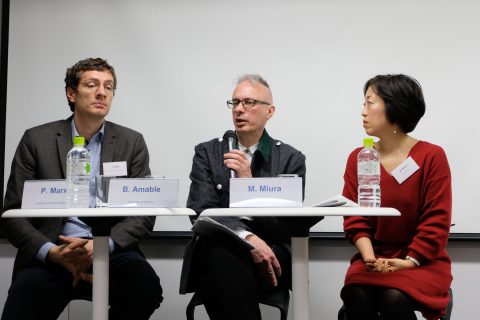 Admission is free, but RSVP is required. Please register at roundtable@dijtokyo.org. 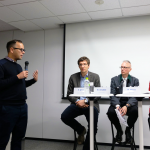 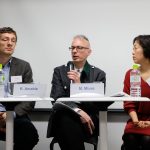 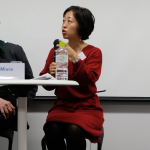 10 years after the collapse of the investment firm Lehman Brothers, a shift in discourses on structural labour market reforms is becoming ever more visible. Whereas before the crash many experts and policymakers had argued that market-oriented reforms were necessary to improve labour market and economic performance, the social costs of liberalisation now seem to attract much more attention.

Yet the jury is still out on whether this discursive shift has prompted a similar change in policy. While policies emphasising social equality appear to have gained in popularity (e.g. minimum wages, equal treatment for non-standard workers), structural reforms echoing liberalisation are also still on the agenda (e.g. French reforms of labour contract law).

This event aims to shed light on this mixed picture of continuity and change by bringing together three renowned scholars from France, Germany, and Japan for a roundtable discussion. They will discuss whether and to what extent the Lehman crisis (a.k.a. the global financial crisis) has indeed led to a lasting reorientation of labour market policy and politics.

This DIJ Roundtable is part of two day workshop jointly organised by the German Institute for Japanese Studies (DIJ), l’EHESS, Paris and the Japanese-German Centre Berlin (JDZB). The full programme of the workshop is available here.

Bruno Amable is professor of economics at the University of Geneva. He is an expert on the varieties of capitalism, institutions and their influence on innovation and industries. In recent years, he has further expanded his research focus on labour markets, European structural reforms and employment policy.

Paul Marx is professor of political science and socio-economics at the University of Duisburg-Essen and affiliated with the Danish Centre for Welfare Studies and the IZA Institute of Labour Economics. His interests include social and political inequality, political behaviour, and welfare state and labour market analysis.

Mari Miura is professor of political science at Sophia University in Tokyo and academic advisor to the All-partisan Caucus for the Promotion of Gender Equality in Politics. She is well-known for her research on gender equality and labour politics in Japan. She is the author of Welfare through work: Conservative ideas, partisan dynamics, and social protection in Japan (Cornell, 2012).