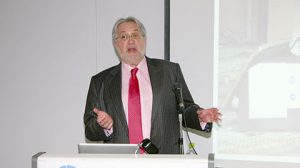 Could contemporary urban Japan provide a living example of the 18th Century Italian notion of public happiness? The question is by no means far-fetched. Daily life in Japan is rich in examples of „public happiness,“ as I’ll show through a number of anecdotes and examples. Yet Japan’s performance is mediocre under the usual subjective and capabilities/eudaemonia-based metrics of well-being. This talk proposes that public happiness ought to be considered a third, collective type of “happiness” that complements the usual, more individually-based conceptions.

While public happiness doesn’t necessarily arise from government policies, it certainly can be impaired by them, particularly when such policies have quantitative targets such as productivity and growth. The failure of metrics to detect public happiness in Japan suggests that policies based on qualitative principles might be better for protecting and promoting it. An historical example of how a local government intervened in a traditional festival illustrates how qualitative considerations can enhance public happiness in practice. To conclude, I’ll propose a group of six qualitative „design principles“ as candidate heuristics for policy-makers, among other actors.