The 100th anniversary of the First World War has encouraged revisiting the ‘European War’ from a global history perspective which actively incorporates non-Western perspectives. As a member of an international research team on “Reverberations of the ‘1919 Moment'”, my research focuses on the impact of the transnational discourse on ‘Asia’ and ‘Japanese-Chinese friendship’ on the public renegotiation of international relations in favour of Asian nations during the interwar period in East Asia. This research constitutes an extension of my previous work on ‘Asianism discourse’ in China and Japan.

This project completed with the publication of Beyond Versailles: The 1919 Moment and a New Order in East Asia (Rowman & Littlefield, 2020).


2018
Weber, Torsten
Embracing ‘Asia’ in China and Japan. Asianism Discourse and the Contest for Hegemony, 1912-1933 (Palgrave Macmillan Transnational History Series) . 407 p.. Palgrave Macmillan. Cham
2017
Weber, Torsten
From Versailles to Shanghai: Pan-Asianist Legacies of the Paris Peace Conference and the Failure of Asianism from Below
In: Zachmann, Urs Matthias : Asia After Versailles. Asian Perspectives on the Paris Peace Conference and the Interwar Order 1919-1933 Edinburgh University Press. pp. 77-97. 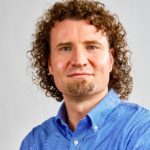