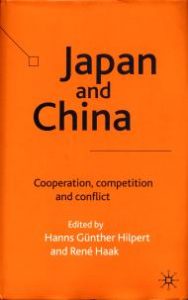 This is the first book to focus specifically and broadly on the economic side of the Sino-Japanese relationship. It is doing this by a comprehensive examination and in-depth analysis of the main economic aspects of Sino-Japanese relations, such as trade, investment, ODA, management activities and strategies etc. The publication brings together up-to-date research by a number of renowned Asian and European scholars and presents a documentation, an analysis and evaluation of the various microeconomic and macroeconomic aspects of the Sino-Japanese relationship. It will prove useful as an essential tool for academics and those doing business in Asia.

All through the 1990s Japan and China experienced diverging courses of economic fortune. The economic superpower Japan, following the collapse of its stock and real estate markets, went through a decade of enduring economic stagnation and most of Japan’s industry has not been able to keep pace with the high growth and rapid productivity gains of its main competitors in the US. In contrast, China has sustained high economic growth rates of around ten per cent per annum and Chinese firms have gained dominant world market shares in an increasing number of industrial sectors. As a result, China’s developmental gap to the leading industrialized countries narrowed substantially, and China has achieved the stature as a center of regional political and economic power. Both in international business and in international economics, it is widely recognized that the current rise of China has wide implications for the international economic and political order in general and for the East Asian region in particular. From this broadly accepted assessment the obvious conclusion follows that Japan, more than any other major industrialized country, is facing the challenge of an economically and politically successful China. China’s industry with its low sales prices and its improving product quality, is set to become a major competitor in global manufacturing products‘ markets, including the Japanese domestic market, which is quite a worrying prospect for Japan’s economic and political elites. On the macro level, China is challenging Japan as East Asia’s center of economic gravity in terms of production and markets. Considering the  increasing economic and political importance of China, the crucial question arises: What kind of relationship between Japan and China will evolve? Will it tend to be cooperative or conflictive? Economic relations between Japan and China have been the centerpiece of the research program of the Economic section of the German Institute for Japanese Studies (DIJ) over the last years, focusing especially on foreign trade, strategic management and human resource development. Hence, this publication brings together up-to-date research by a number of renowned Asian and European scholars and presents a documentation, an analysis and an evaluation of the various micro- and macroeconomic aspects of the Sino-Japanese relationship. By elaborating comprehensively on trade, investment, economic cooperation, management activities and strategies among other topics, the book closes a gap in the landscape of Sino-Japanese literature, which is usually more concerned with history, politics and security. It will certainly prove useful as an essential tool for academics and those doing business in East Asia

Zhu, Y.
The Role of the Overseas Chinese in the Sino-Japanese Economic Relationship


Kwan, C. H.
The Rise of China as an Economic Power: Implications for Asia and Japan