/ Events / DIJ Forum / Who Will Care for Me When I'm Dead?Ancestors, Homeless Spirits, and New Afterlives in Low Fertility Japan 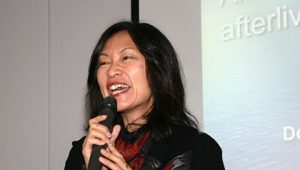 The lecture will be given in English. It will take place on Thursday, November 15th 2012 at 6.30 p.m. at the DIJ.
Admission is free but please register by email with: forum@dijtokyo.org


Who Will Care for Me When I'm Dead?
Ancestors, Homeless Spirits, and New Afterlives in Low Fertility Japan

A growing number of older persons in Japan today lack reliable future caretakers of their family grave. By performing numerous memorial rites and maintaining their family grave, the bereaved typically transform the family dead into benevolent ancestors. Then, what will happen to those whose ashes are not interred in a family grave? In this lecture, I will examine one alternative to the family grave system—the scattering of ashes conducted by a citizen’s group, the Grave-Free Promotion Society (Sōsō No Jiyū O Susumeru Kai). Contrary to the common assumption that childless people usually elect ash scattering, a number of the Society’s members have adult children. What are the views of people who have adopted the scattering of ashes as a way of disposing of their own remains? Given that a grave remains a symbolic locus of familial continuity, the scattering of ashes seems to challenge the cherished ideas of filial piety and respect toward ancestors. By “returning to nature” through ash scattering and joining a benevolent force larger than their small family, older urbanites seek self-sufficiency in their postmortem world and attempt to lighten the survivors’ ritual burden to maintain family graves. Ash scattering ceremonies reveal people’s attempts to remake their ties with their family, and serve as windows onto new patterns of generational relations in low fertility Japan.