/ About us / Team / Directorate / Barbara Holthus 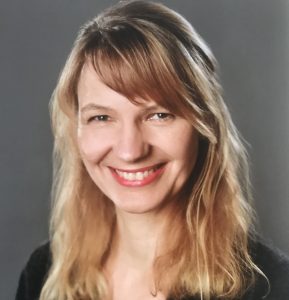 Barbara Holthus holds two Ph.D. degrees, in Japanese Studies from the University of Trier, Germany, 2006, and in Sociology from the University of Hawaii at Manoa, 2010. Before taking up the position of deputy director at the German Institute for Japanese Studies Tokyo in April 2018, she was assistant professor at the Department of East Asian Studies / Japanese Studies at the University of Vienna. Her research is on marriage and the family, child care, happiness and well-being, volunteering, media, gender, rural Japan, as well as demographic and social change. She was principal investigator of a German Science Foundation (DFG) funded research project on comparing parental well-being in Germany and Japan (2014-2017).

Special project:
Japan through the lens of the Tokyo Olympics

The meaning of local community for happiness and selfhood

Parental well-being in the rural periphery of Germany and Japan: Choices, challenges, and considerations