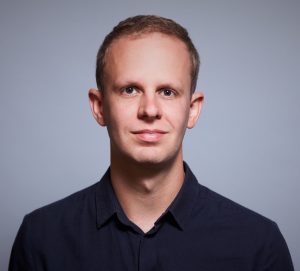 Jan Niggemeier, M.Sc. is a PhD candidate at the Graduate School of East Asian Studies at Freie Universität Berlin. From April 2018, he conducts research for his PhD dissertation on community unions as strategic field challengers in Japanese labour activism (working title) at the DIJ.

His research elucidates transformations within the broader Japanese labour movement along examples of diverse forms of community unionism. It aims to find out, how community unions’ decision-making about organisational structures, approached agendas as well as applied tactics impacts field transformations.

Organised labour in Japan is characterised by a dominance of corporatist enterprise unions. Despite a growing casualisation and precariousness of work as well as signs of a legitimacy crisis due to a decreasing unionisation rate, most mainstream trade unions remain hesitant to expand their scope of representation beyond their core constituency of regularly-employed workers. In comparison, locally-based “community unions” strategically target these niches in focusing on the organisation of the growing group of irregularly-employed, as the most vulnerable workforce. Inspired by examples from abroad and with a strong rooting in civil society, these grassroots-level organisations develop innovative forms of workers’ representation.

The strategic role of community unions as challengers vis-à-vis mainstream trade unions as incumbents within the organisational field of the Japanese labour movement is analysed through Fligstein and McAdam’s model of Strategic Action Fields, intersecting between social movement- and organisation-theory. This analysis scrutinises data collected through interviews with organisers and members of trade unions and several different community union organisations as well as participant observation.

This research argues that despite their peripheral position and limited dimension, community unions serve as influential field entrepreneurs. In interaction with other field actors, they point out imitable alternatives to the established corporatist trade union system and can induce field transformation of Japanese labour.