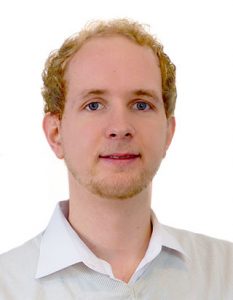 My dissertation investigates the construction of job satisfaction in a multinational company (MNC) in Japan. Colloquial terminology like “black” and “white” to describe companies and their (positive or negative) working culture shows that job satisfaction is a subject of hot debates in Japan. After a number of karōshi [death by overwork] cases, who garnered significant media attention in mid-2016, these debates are now more ubiquitous than ever. Research findings corroborate their importance: Job satisfaction in Japan is among the world’s lowest (Sousa-Poza and Sousa-Poza 2000, Munoz de Bustillo, Fernandez-Macias et al. 2011, Hipp and Givan Kolins 2015), and when asking Japanese about different aspects of their lives, work usually takes the bottom rank (Holthus et al. 2015).

Many scholars argue that cultural norms and values lie at the root of the issue. For example, human resource culture in MNCs all across the globe is trending towards more flexibility and performance-related pay systems, which contradicts the Japanese system of lifetime employment and seniority-based pay (Debroux 2013), and thereby negatively affects job satisfaction of those who are forced into these new systems. Many quantitative studies have confirmed these and similar developments (e.g. Money/Graham 1999, Lee et al. 2011, Matanle 2006). However, an increasing amount of organizational scholars emphasizes that quantitative studies necessarily paint an incomplete picture, and that research employing qualitative methods is necessary to generate more in-depth insights and develop theories befitting of the ever-changing organisational landscape (Zhang and Iles 2013, Sedgwick 2014, Ybema and Nyíri 2015). Arguably, qualitative research on organizational culture in Japan exists, but job satisfaction in MNCs remains a side topic at best (Brannen and Salk 2000, Brannen and Peterson 2008). This study aims to close the existing research gaps with a study that a) investigates job satisfaction in combination with organizational culture, b) is set in an MNC in Japan and c) employs a qualitative, theory-generating methodology. The first part of the research is a participant observation in the personnel department of a foreign-controlled, but Japan-based MNC. I participate in and observe tasks related to employee satisfaction, to gain an understanding of the structure and processes of the organization. In this context, I pay explicit attention to the perspectives put forth by the Human Resources department and by top management on the topic of employee satisfaction. The second part of the research is an interview study with 20-30 employees throughout the organization, investigating their perspectives on job satisfaction.