The new research focus was introduced in 2008 after three new research fellows had joined the DIJ. While quite different in orientation, it relates in several respects to the previous research focus on demographic change. With “happiness” and “life-satisfaction”, the DIJ puts at the centre of its research agenda a field of inquiry that has not only gained much attention in Japan – both in the media and in academia – but which is also of increasing importance internationally. The new research focus of “happiness” ties in with some of the issues already dealt with in the DIJ’s research focus of demographic change in Japan. This holds in particular for ageing, fertility decline and the emergence of a new underclass in the wake of socio-economic change. The high life expectancy enjoyed by the Japanese is testimony to a highly successful society. Yet the bliss of longevity brings in its wake structural changes for which both individuals and institutions are badly prepared. Reflecting the impending problems are catchwords such as “care hell”, which came into currency around the turn of the century. Despite Japan’s considerable economic success and high degree of material comfort, Japanese society as a whole is not happy, and much suggests that demographic developments are at the bottom of this discontent. Why it should be that gains in life expectancy go hand in hand with low fertility (due to hesitant reproductive behaviour) is a highly complex question. However, it can hardly be doubted that the change in reproductive behaviour, leading as it does in the long run to population decline, is an indication of collective uncertainty, if not dissatisfaction. A society of extremely low fertility has problems not just with the sustainability of its social security systems; it is also a society that fails to provide the middle generation with optimal conditions for satisfying a fundamental human desire, thus jeopardizing its own continuance. And it is this generation that experiences the transformation of what was for its predecessors an all-encompassing middle-class society into one consisting of winners and losers.

This is the backdrop against which the DIJ’s new research focus investigates life-satisfaction, the conditions of individual and collective happiness, as well as current discourses about it. For the past couple of decades, the problem of how to measure happiness has occupied a number of disciplines, with psychology and economics in the vanguard. A crucial question is whether and how concepts of happiness can be compared across nations and cultures. Once again Japan is of particular interest here. In terms of standard of living, Japan is on a par with the most advanced countries. It is the first non-Christian, non-white country to have accomplished this. Is Japan happier, therefore, than other countries outside the Western world? The DIJ's new research focus is designed to help answer this question, a far-reaching question that calls for the involvement of social structural analysis and welfare research as much as political analysis, media studies and cultural anthropology.

“A Happy Person”: A Japanese-German Comparison of Factors of Life Satisfaction


Happily Different? On Happiness and Norm Deviation in Japan


Happiness and Unhappiness in Bioethical Questions: Decision Making for Organ Donation and Organ Transplantation in Germany and in Japan


Happiness in Japan before and after 3/11: An economic approach


How to make voters happy? The promise of happiness by Japan’s political parties between continuities and discontinuities


Political Participation and Happiness in Japan


Political participation and happiness: The public-private divide and its implication for gender equality


Religious organizations and the politics of happiness


Socio-political discourse on happiness in Imperial Japan: Towards a historical contextualization of the Japanese concept of happiness


Temporary Employment in Japan and the Economics of Happiness


The Appropriation of Traditions in Contemporary Rural Japan: Pursuit of Happiness?


2015
Kohlbacher, Florian; Tiefenbach, Tim
Happiness in Japan in Times of Upheaval: Empirical Evidence from the National Survey on Lifestyle Preferences
In: Journal of Happiness Studies pp. 333-366.

2015
Hommerich, Carola; Kobayashi, Jun; Mita, Akiko
なぜ幸福と満足は一致しないのか ─社会意識への合理的選択アプローチ─ (Why do Happiness and Satisfaction not Coincide?: A Rational Choice Approach to Social Psychology)
In: Bulletin of the Faculty of Humanities. Seikei University pp. 87-99.

2014
Holdgrün, Phoebe Stella; Tiefenbach, Tim
Happiness Through Participation in Neighborhood Associations in Japan? The Impact of Loneliness and Voluntariness
In: Voluntas pp. 69-97.

May 27, 2015
DIJ Business & Economics Study Group
What is the Problem with Economic Stagnation?


June 10, 2014
DIJ Business & Economics Study Group
The Physical and Social Determinants of Mortality in the 3.11 Tsunami


May 21, 2014
DIJ Business & Economics Study Group
A Report on Life and Health in Japan after the Great East Japan Earthquake


May 23, 2013
Symposia and Conferences
Civil Society, Political Participation and Happiness


December 13, 2012
DIJ Forum
Welfare States and the Redistribution of Happiness


April 5, 2012
DIJ Forum
Happiness in Japan before and after the Great East Japan Earthquake


November 2, 2011
DIJ Forum
The Role of Giving and Volunteering for Post-Disaster Reconstruction


October 13, 2011
DIJ Forum
What is a Happy Family? German and Japanese Case Studies


November 19, 2009
DIJ Forum
Sōka Gakkai and the Politics of Happiness


November 19, 2009
Symposia and Conferences
Religious Organizations and the Politics of Happiness


November 4, 2009
DIJ Forum
Wellbeing in feminism and gender policies in Germany and Japan


September 17, 2009
DIJ Forum
Modernization and Life Satisfaction in Japan in a Comparative Perspective - A Theoretical and Empirical Approach


June 25, 2009
DIJ Forum
Towards an Economics of Happiness: From GNP to GNH


May 19, 2009
Workshops
"Comparatively Happy" – Objective precarity and perception of social exclusion in Germany and Japan: Discussion of the German and Japanese Questionnaire


May 14, 2009
DIJ Forum
Sex and the City: The Search for Kitto, Motto, Zutto Happiness in Manhattan and Tokyo 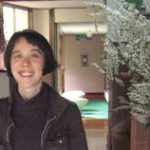 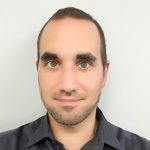