/ About us / Team / Researchers / Barbara Geilhorn 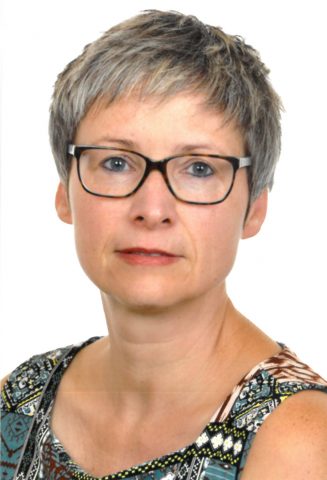 Barbara Geilhorn has received her doctoral degree with a thesis on female professional Noh and Kyogen performers from the beginnings to the present. She has participated in various international projects on Japanese culture and theater and held doctoral scholarships from the German Research Foundation (DFG) and the German Institute of Japanese Studies. Before joining the DIJ, Barbara was a JSPS postdoctoral researcher based at Waseda University and worked as a lecturer at the University of Manchester, at Free University Berlin and at the University of Trier. Barbara has published widely on cultural representations of the Fukushima disaster, negotiations of gender and power in classical Japanese culture, and stagings of contemporary society in Japanese performance. Her most recent project investigates how the multiple challenges faced by the Japanese regions are addressed in the arts. Publications include the co-edited book ‘Fukushima’ and the Arts – Negotiating Disaster (with Kristina Iwata-Weickgenannt, Routledge 2017), A Multifaceted Fukushima—Trauma and Memory in Ōnobu Pelican’s Kiruannya and U-ko (The Asia-Pacific Journal 2019: 17, Issue 1, No.1, January 19, 2019) and Local Theater Responding to a Global Issue – 3/11 seen from Japan’s Periphery (Japan Review 2017: 31).