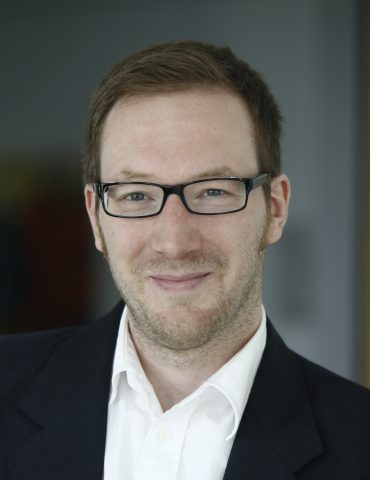 Markus Heckel is a Senior Research Fellow at the German Institute for Japanese Studies (DIJ) since November 2018. From 2012 to 2018 he has been working at the Chair for the Study of Economic Institutions, Innovation and East Asian Development at the Goethe University Frankfurt in the Department of Microeconomics and Management. He received his PhD with a study on the Bank of Japan at the University of Duisburg-Essen. Under the DIJ research program “Risks and Opportunities in Japan”, he is currently working on a research project about “Monetary Policy and Central Bank Independence”. Main research interests include macroeconomics, the political economy of central banks and labor economics.

2018
[With: Genda, Yuji; Kambayashi Ryo] Employees who do not know their labor contract term and the implications for working conditions: Evidence from Japanese and Spanish micro data
In: Japan and the World Economy.
2018
Negative Interest Rates at the Bank of Japan and Central Banks in Europe
In: Berkofsky, Axel; Hughes, Chris; Midford, Paul; Söderberg, Marie (Ed.) Ripe for Cooperation? EU-Japan Partnership in the Shadow of China and the Crisis of Liberalism. Routledge. pp. 150-168.
2018
[With: Hueppe, Stefan; Zou, Na] Employee Wellbeing in China and Japan: A Media Content Analysis
In: Amelung, Iwo; Bälz, Moritz; Holbig, Heike; Storz, Cornelia (Ed.) Protecting the Weak. Entangled Processes of Framing, Mobilization and Institutionalization in East Asia. Routledge. pp. 166-195.
2015
[With: Bälz, Moritz] The Independence of the Bank of Japan in the Light of Statutory Rules and Central Bank Independence Indices
In: Rövekamp, Bälz and Hilpert (Ed.) Central Banking and Financial Stability in East Asia. Springer International Publishing. pp. 25-44.
2010
The Bundesbank Executive Sarrazin – Implications for the German and European Central Bank
In: Institute for International Monetary Affairs, Newsletter No. 33, September 2010.
2008
The Separation of Monetary and Fiscal Policy. A Golden Rule for the Bank of Japan?
In: Institute for International Monetary Affairs, Newsletter No. 20, October 2008.

2016
Book Review of “The Evolution of Central Banking and Monetary Policy in the Asia-Pacific”, by Akhand Akhtar Hossain (author)
In: East Asian Integration Studies, 2016, Vol. 9, no. 11.
2011
Modern Monetary Policy in Theory and Practice - Central Banking and Financial Markets [Gendai no Kin'yū Seisaku - Riron to Jissai] by Shirakawa Masaaki
In: Electronic Journal of Contemporary Japanese Studies, Vol. 11, Issue 2, Book Review No. 4 / 2011.

September 1, 2017
Negative Interest Rate Policy and the Role of Monetary Policy Decision-Making: The Case of the Bank of Japan. EAJS Conference, Lisbon, Portugal.


June 29, 2017
Negative Interest Rate Policy and the Role of Central Bank Accountability: The Case of the Bank of Japan. paper to present at the 29th Annual Meeting of the Society for the Advancement of Socio-Economics (SASE), University Claude Bernard 1, Lyon, France.


June 24, 2016
Uncertainty over Labor Contract Duration: Evidence from Japanese Micro Data. Paper presented at the SASE 2016 Conference at the University of California, Berkeley, June 24 - 26, 2016 at the session "Protecting the Weak": Social Justice and Wellbeing in China and Japan (organized by Markus Heckel and Ioan Trifu).


June 17, 2016
Negative Interest Rates at the Bank of Japan and the European Central Bank. Paper presented at the EJARN Annual Conference”, University of Warwick.


March 13, 2015
Risk Preference, Subjective Wellbeing and Consumption Behavior. A Cross-Country Comparison between China, Japan and the US. (With Na Zou) at Duisburg-Frankfurt Workshop, Goethe University Frankfurt.

2012 - 2018
Research Assistant at the Faculty of Economics, Department of Management and Microeconomics, Chair for the Study of Economic Institutions, Innovation and East Asian Development, Goethe University Frankfurt